According to a recent poll from Gallup, Americans plan to spend more money this holiday season. The study conducted on 1,009 US adults ages 18+ in all 50 states showed the highest numbers in three years, since before the pandemic.

Adults polled estimate they will spend an average of $932 on gifts this season. This is sharply higher than Americans' average of $837 holiday spending prediction last October and their $805 forecast in October 2020. This year’s estimate nearly matches the $942 measured in October 2019 -- the high point in Gallup's trend since 2006.

One reason Americans' holiday spending estimate is especially high this year could be that consumers expect to pay more for goods like clothing, electronics, and toys after a year of high inflation. Still, the fact that spending intentions are significantly higher now than a year ago at this time is a promising sign for retailers as the holiday season gets underway this week. 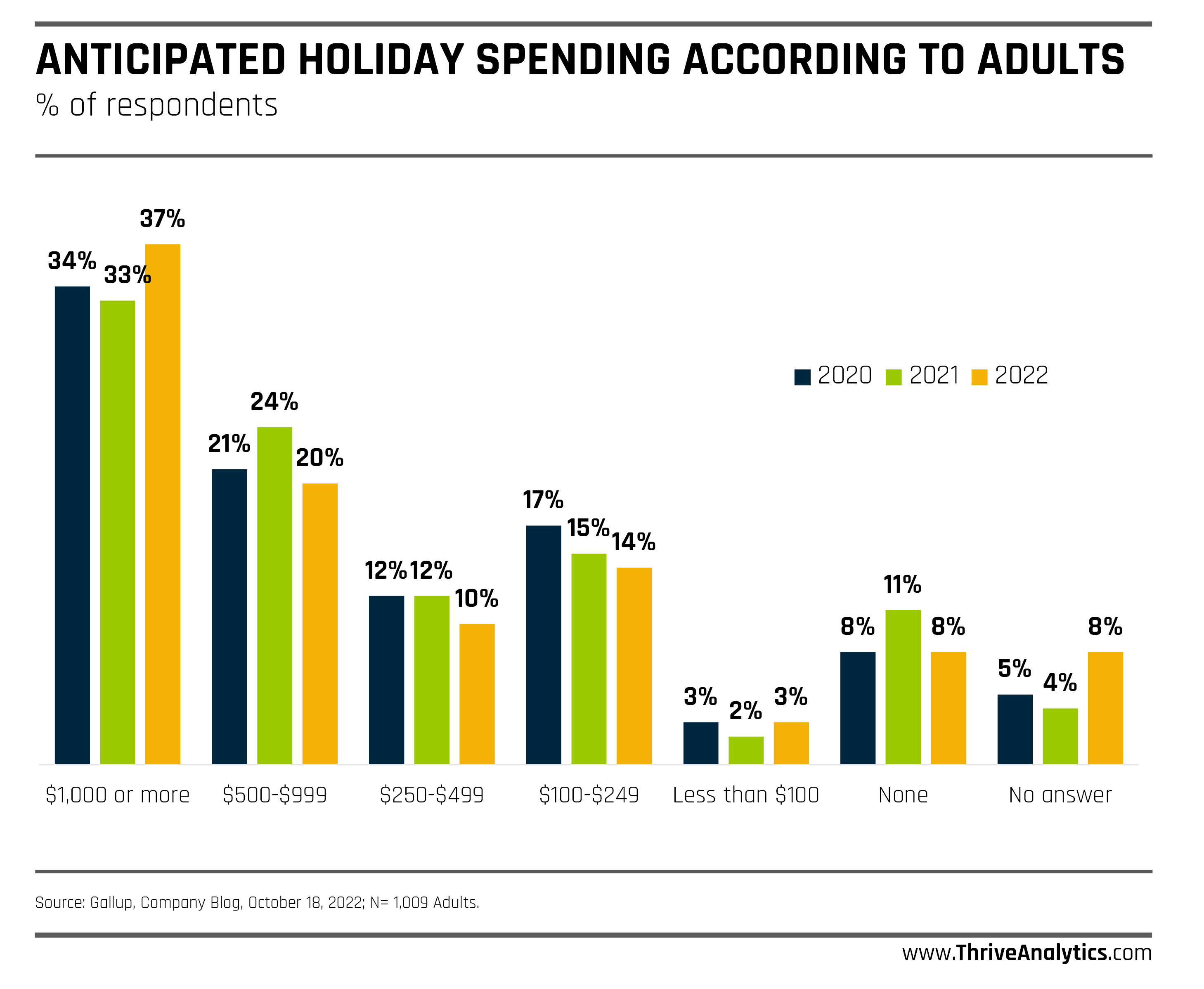 The average amount Americans anticipate spending encompasses a range of shopping budgets. More than a third of U.S. adults, 37%, plan to spend $1,000 or more. Thirty percent plan to spend between $250 and $999, while 17% plan to spend less than $250.

This year's higher overall spending estimate is mainly the result of more Americans saying they will spend $1,000 or more, which is up from 33% last year, as well as fewer saying they will not spend anything.

Consumers' holiday spending can also be influenced over the course of the season by changes in the economy, gas prices or even major news events that affect people's outlook on the economy. For now, Americans' 2022 spending intentions suggest retailers will enjoy a better-than-average holiday season, although not rising to the level of the extraordinary one they had last year.

PrevPrevious ArticleTikTok Slowly Rolling Out Shops Feature to US Merchants