Bank Director released findings from the 2021 Technology Survey, conducted on 122 bank executives, in June and July. They found that more than three-quarters of the executives and board members say their technology budget for the fiscal year 2021 increased from 2020, at a median of +10%. The survey explored how banks with less than $100 billion in assets leverage their technology investment to respond to competitive threats, along with the adoption of specific technologies.

According to respondents, those surveyed budgeted an overall median of almost $1.7 million in FY 2021 for technology, which works out to 1% of assets. A median of 40% of that budget goes to core systems. 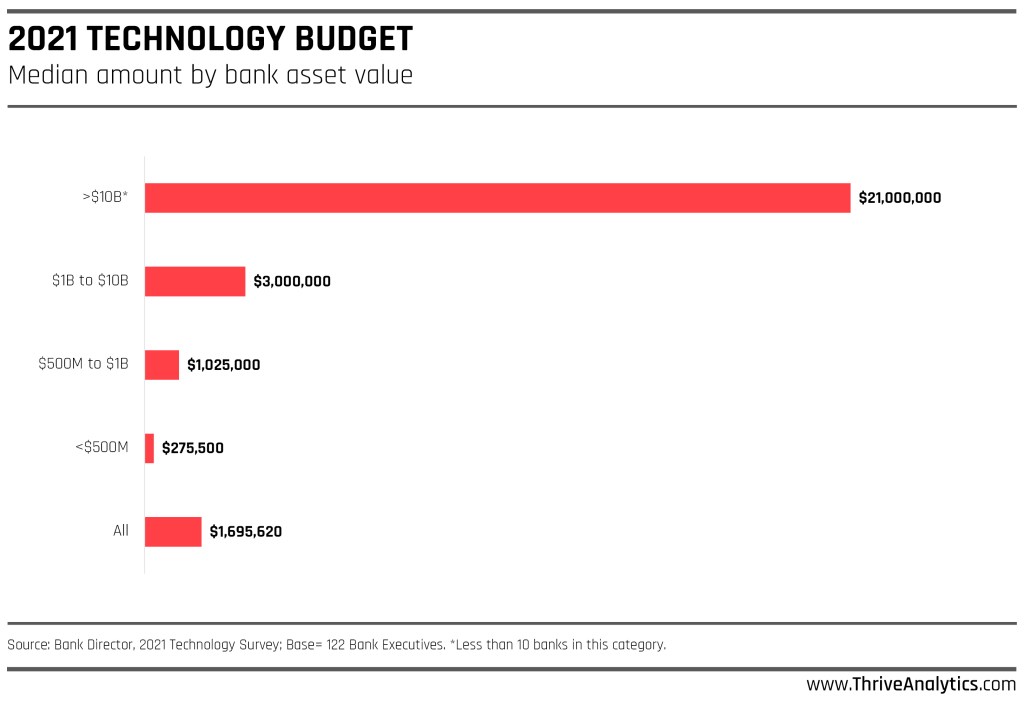 While almost half of their budgets are allocated to core operating systems, banks are starting to use other technology. The survey shows that over the past twelve months, banks have upgraded or implemented new technology in the following areas:

When asked if they feel they spend enough on technology, a third think they don’t spend enough given the market conditions and challenges.
Their most significant challenges with technology are not effectively leveraging their data (52%), not having enough knowledge about emerging technology (36%), and they are reliant on outdated technology (31%).

Despite increased competition from outside the traditional banking space, respondents consider local banks and credit unions (54%), and large and superregional banks (45%), to be the most significant competitive threats to their bank. More than a third say they’re worried about digital payment providers such as Square, which launched a small business banking suite shortly after the survey closed in July.

Digital-only banks came in at 31%, followed by big tech (Apple, Google, and Facebook) at 23%, and retailers like Amazon and Walmart at 18%.

Fifty-four percent of respondents believe their customers prefer to interact through digital channels, compared to 41% who believe their clients prefer face-to-face interactions. However, only 43% believe their bank effectively serves millennial customers. But most (57%) believe their banks are taking the right steps with the next generation — Gen Z, the oldest of whom are 24 years old. It’s crucial that financial institutions start getting this right: More than half of Americans are millennials or younger. 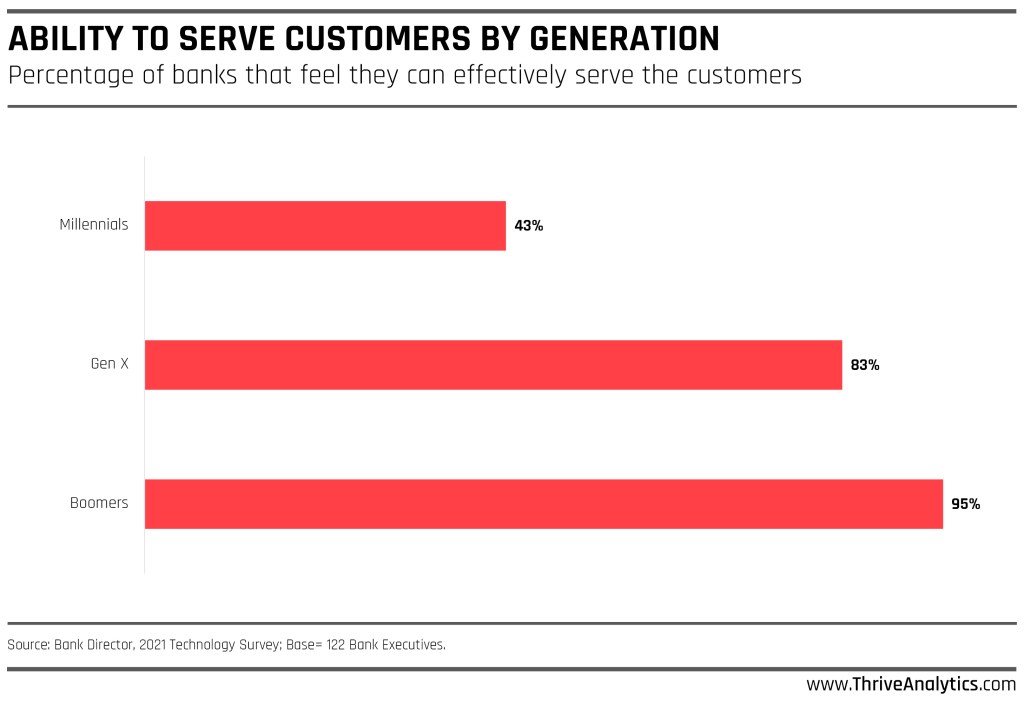 What’s The Deal With Crypto?

Inflation is a Top Concern for Small Businesses in 2022

TikTok Targets $12B in Advertising Revenue in 2022

Amazon is Developing a Smart Refrigerator

US Search Advertising by Device

US Online Video Advertising by Device

US Display Advertising by Device

US Digital Advertising Revenue by Device

Small Businesses That Use TikTok

Adults That Have Used Telehealth Services

Adults Willing to Use Mobile Devices for Medical Appointments