Twitter is introducing a new shopping feature called Twitter Shops, which will allow merchants to create a list of up to 50 products to be displayed on their Twitter profiles. It's free to use, and it aims to motivate users to go from conversing about products on Twitter to purchasing them by encouraging them to click through to browse the merchant's inventory. Users won't be shopping directly on Twitter, but rather, they'll click on the "View Shop" button to be directed to the merchant's shop. After clicking on the product, they'll be redirected to the merchant's website to complete the transaction. This technique is similar to the one used by TikTok's new shopping feature.

The new Twitter Shops feature is currently free and not monetizing the new product. Twitter has been working on e-commerce initiatives in recent months in addition to this new product. Last summer, Twitter began a U.S. e-commerce pilot that allowed users to browse products from a 'Shop Module' at the top of the merchant's profile. To browse only five products, users must use the Shop Module. With the new Twitter Shops, merchants can upload up to 10,000 products via a CSV file, which allows them to rotate the selection of 50 products on their profile over time. Besides the Shop Modules, Twitter has been experimenting with a new live shopping platform since November 2021, which was the first time Walmart tested it. During the live-streamed event, Walmart saw over two million views, but Twitter didn't disclose to what extent that led to conversions. 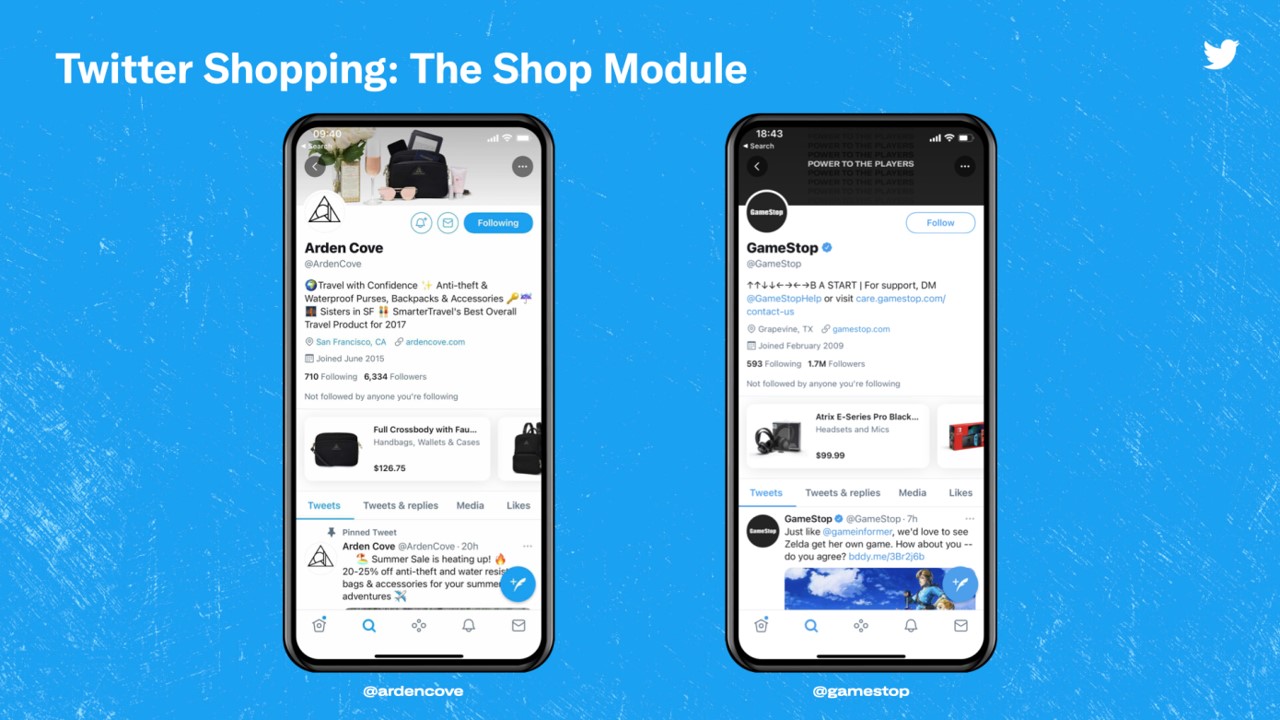 The e-commerce expansion follows a period where Twitter has been rolling out new features at an almost ridiculously fast pace. Over the past year or so, Twitter has launched a set of creator tools (Super Follows), a subscription product for power users (Twitter Blue), newsletters (Revue), NFT avatars, in-app tipping, live audio (Twitter Spaces), and more.

At launch, Twitter Shops will only be available to Twitter on iPhone users for the time being.